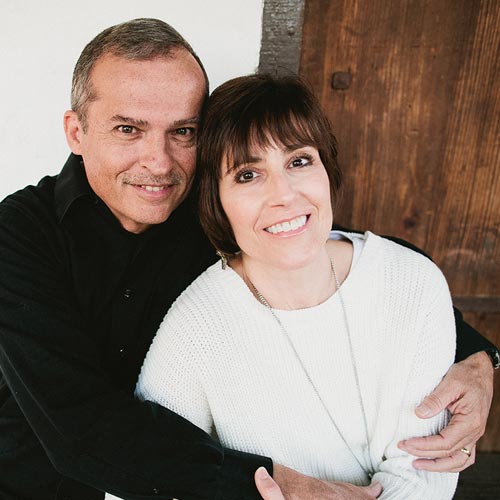 I have spent 40 years in sports ministry after my first soccer short term mission outreach in 1980. After coaching for seven years at Nyack (NY) College, my wife Lisa and I joined MAI spending 5 years in the L.A. office followed by six years in the Czech Republic. From 1999 to 2010 I worked with Fellowship of Christian Athletes Global Initiative and then as Pastor of Small Groups and Recreation at Rose Drive Friends Church in Yorba Linda, CA. I returned to MAI staff in L.A. in 2011 with a desire to focus on training the next generation of sports ministers. I am a Recorded Minister in the Friends Church Southwest and hold a Doctor of Ministry degree from Azusa Pacific University.

In addition to supporting me in ministry, my wife Lisa works as a dental hygienist and is active in women’s ministry at church. We have been married for 36 years and have three grown daughters.

I became a Christian at the age of 22 after graduating from college. Initially I was unsure how soccer (which I had played through college) fit with my new faith. A soccer outreach trip to Jamaica, Guatemala, and Trinidad in 1980 with Sports Ambassadors gave me a vision for living out my faith through the game I loved. While attending seminary I coached at Nyack College and took part of my team on a short term mission to Mexico during the 1986 World Cup. It was there that I met Tim Conrad and Dave Irby with newly formed Missionary Athletes International. Tim challenged Lisa and I to consider joining their staff. We saw how my background, experience and desire to minister fit with what they were doing and we joined staff in 1988. 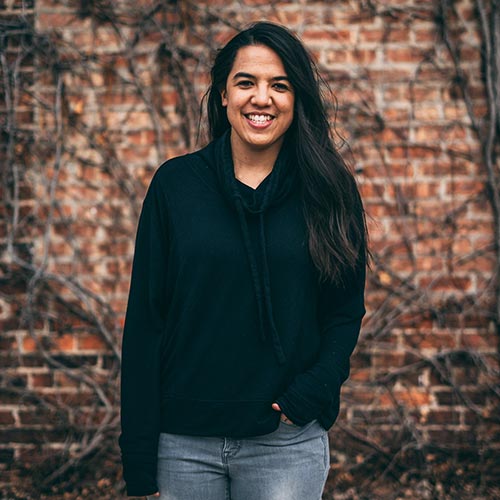 About me
I was born in the United States, but I grew up as a missionary kid in the Philippines. I accepted Christ in my heart when I was young, but it never really sunk in until end of high school and beginning of college. I started playing soccer at a young age and had many opportunities to play all over Asia. I attended the University ofNorthwestern-Saint Paul in Minnesota and played soccer there all four years. I graduated in 2014 with a Bachelors degree inKinesiology.  I was a nanny for an awesome family for 3 years.  I am the JV head coach for girls soccer and basketball at Wheaton Academy.  I am in my 6th year with MAI and the Chicago Eagles. I am currently working on my MBA from Cairn University.  I have been with the Chicago Eagles for the last 6 years and in October 2022, I transitioned out to our Southern California Seahorses office.

How & why I became a MAI Missionary
I participated in the Chicago Eagles Summer Academy in 2014 and I fell in love with the ministry. After the summer, I knew that God wanted me to be apart of MAI. I have always had a heart for people and love for the beautiful game of soccer and God led me to MAI where my passions collided, with the ultimate goal in sharing Jesus with others. I belong to Jesus and I belong on the pitch. I’m glad I found a place where those two met.  I went through the Residency program 2016-2017 with my focus on the Summer Academy.  I currently serve as the Social Media Manager, U17 girls Urban coach, & Summer Academy staff for our Chicago office. I am currently serving as the Director of Women’s Ministry and Discipleship in our Southern California Seahorse office. 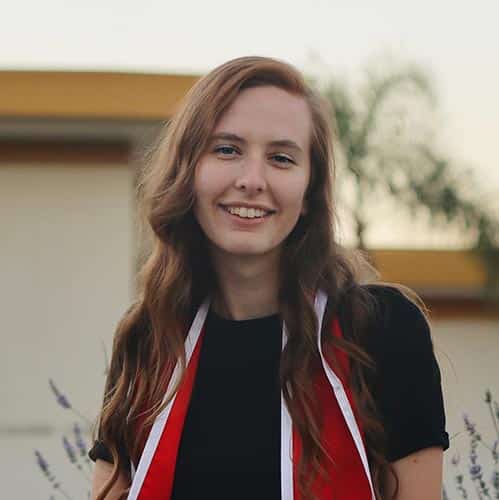 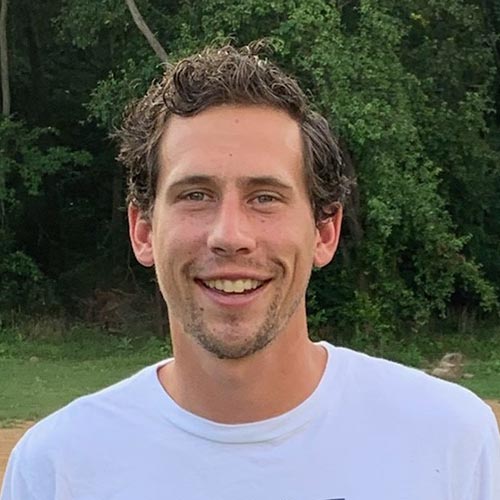 I spent my first eight years with MAI in the Charlotte office starting as an Urban Eagles intern but growing into roles with the USL 2 team, Residency, and the club. I love playing soccer, watching soccer, and coaching soccer. When I’m not “doing” soccer, I will likely be outside doing some activity, listening to music, or enjoying good food with my wife. Relationships are a big part of my life and carry into the different avenues of ministry I am engaged in.

I first began to feel God’s calling into ministry after graduating high school but was not sure how or where. I was exposed to sports ministry while in school at Messiah College.  Through being around my college team and experiencing sports ministry both in local communities and internationally, God revealed to me the power sports have for His kingdom. Both of my college coaches had played for the Charlotte Eagles and had experiences with sports ministry through MAI. They pointed me towards the Eagles. After months of prayer and searching, I felt God’s call for me to come down to Charlotte and learn more about sports ministry for a year through the Urban Eagles internship.  I stayed seven more years after the internship, continuing to use soccer as the connection to relationships and discipleship.

Throughout my time in Charlotte I heard little whispers about coming out to the Seahorses. I felt strongly in the unity of MAI and wanted to see Urban and Youth ministries develop in LA and Southern California. In 2021 those whispers grew stronger. After discussions with family and MAI leadership, my now wife and I felt that Southern California was the next place God was calling us. Although it seems like a bit of a restart for us, we are excited about the things God has done and what he will do in the future. 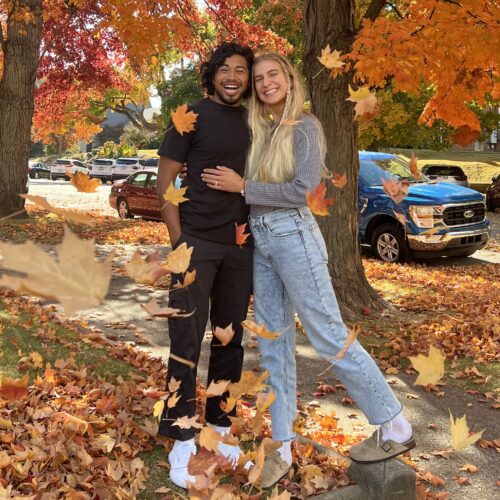 My name is Mallory Amaya. I am a graduate of Asbury University with a double major in International Communication and Spanish. I am originally from Kentucky – born and raised. I LOVE Kentucky. I have played soccer since I was 3 and STILL love it! Other hobbies I like to do include rock climbing, surfing, hanging with friends, traveling, reading, studying Spanish, swimming, long-boarding, hiking, etc… basically anything that has to do with being active. I married my husband Isaac on December 29, 2020. We met in college playing soccer! He is my best friend! We decided to move to Southern California when he graduated, so in June of 2021 we made the move! It has been such a blessing being out here. I miss my family and friends everyday but the Lord has placed so many amazing people in my life and has now placed this amazing opportunity in front of me.

How & why I became a MAI Missionary?

When Isaac and I moved out to La Habra, California I did not know anyone. In fact, I had never even been to California prior to moving. Isaac on the other hand had been out here multiple times and he even played for the Men’s USL2 team his Sophomore year of college. When we moved out here, the Seahorses contacted Isaac and asked him to film their summer camps for a promotional video. They then invited me to coach at the camps and I had a blast! They wanted me to join staff after camps in August of 2021 but Isaac and I did not feel like it was time to do that yet. I accepted a job at Samaritan’s Purse in September of 2021 and have been there the past year. Although I was not able to commit to joining staff until now, I have been helping with multiple things for the Seahorses and stayed in close contact with the staff. It was not until recently I felt the Lord opening the door for me to transition over to the Seahorses and that is why I am FINALLY joining. I just love the entire ministry. I love the people, the sport, the opportunities to serve and use my passion to connect with others and so much more! 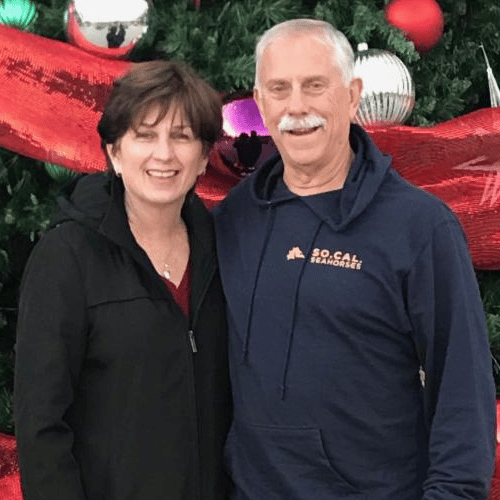 Mark has been involved with the ministry of MAI for over 30 years, first as a Board member before joining the staff in 1993. He continues to serve as the General Manager for the Seahorses L2 team in L.A. Along with a strong administrative background; Mark also brings a multi-cultural understanding with personal soccer achievements, having grown up in Argentina along with a successful collegiate career. Mark and Debby live in La Mirada and have four grown children, three who are married and five grandchildren.

How and why we became MAI Missionaries

Mark and Debby had the privilege of serving the Lord through the ministry of MAI since its inception in 1983, first through Mark’s service on the original Board of Directors of MAI and then by joining the staff in 1993. They have been blessed to see God’s hand on this ministry through the years – God’s provision with Godly leadership through amazing Board members. God’s provision of dedicated and committed MAI missionaries and His protection over hundreds if not thousands of players who have traveled with the U.S. and throughout the world to proclaim the Gospel of Christ. They are grateful that the Lord has been gracious in allowing them to witness and participate in this awesome ministry.

It would be very difficult to pick one ministry highlight, but one from the last decade has been the privilege Mark has had in going to Cuba since 2010 to train Christian coaches who are dedicated to seeing Cuba transformed by the Gospel through the platform of Sports. He’s been blessed to see the dedication of the coaches who continue to grow and improve in their efforts to reach their players and community for the Lord.

Our prayer for the future of MAI is that the Lord would grow and protect the ministry for HIS glory and for the furtherance of HIS kingdom – that MAI would never falter in its dedication to His Word and proclaiming the truth of the Gospel of Christ. 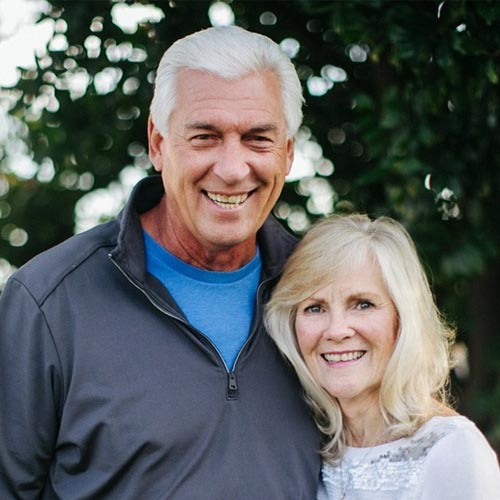 Paul Gizzi was born & raised in Japan till age 14. His parents were missionaries.  He speaks Japanese & has led MAI’s efforts in Japan for 24 years.  Paul was a goalkeeper at Biola University and then spent four years in the NASL playing for the Seattle Sounders and the San Jose Earthquakes. After that he spent 12 years in education as a soccer coach, Athletic Director and Principal of a private Christian HS in Northern California.  Most recently he has been the director of the Seahorse ministries for the past 25 years.  He was the Head Women’s and goalkeeper coach as well as the men’s keeper coach for Biola University during those 25 years.

His goal is not only to reach the Japanese with the message of Jesus, but to make the experience one of personal transformation for the trip participants. Currently he serves MAI through development, community & alumni relations, special events as well as fundraising and the ongoing Japan effort.

We became missionaries following 12 years as an educator & administrator in a Christian HS and after four years of playing soccer professionally. The Lord put the burden of being more bold and using our gifts on our hearts in a way that was quite personal & undeniable. As we pursued the opportunity it became more & more apparent that joining MAI was a good fit considering I had played soccer, coached soccer, and had gone on International soccer outreach trips as well as running my own soccer camps. These were the same things MAI was doing & needed a leader for the LA Office. The President of MAI called & encouraged us to consider joining. I tried to “fight” it once I began feeling called, but that’s a losing battle when our Lord provides specific and personal feelings that both Vickie & I knew were too unique to be denied. It has been a journey of faith, and not always an easy one, but one we cannot deny was directed by our Lord & Savior. We are excited and peaceful as we look back at how he has used us both with high level athletes here in LA, and within our International experience of representing God to the Japanese people through the sport of Soccer. 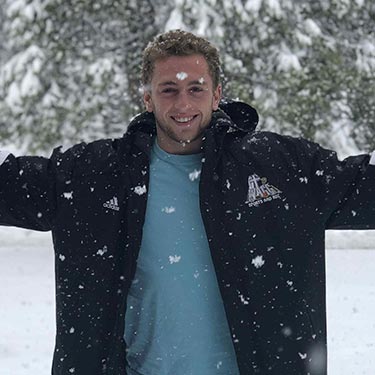 How and why I became a MAI missionary: