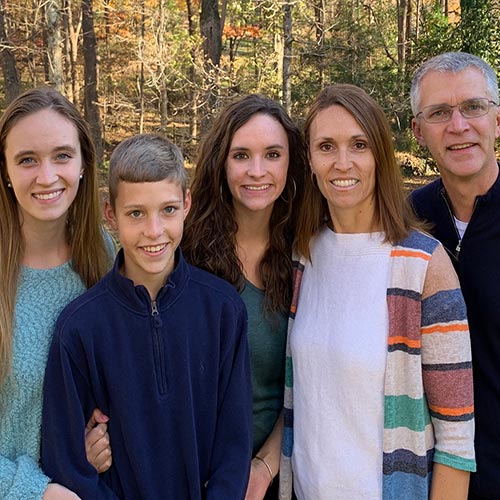 We are originally from the Philadelphia area and moved to Charlotte in 2013. I spent over 20 years in the field of higher education overseeing enrollment and building strategic partnerships with various different organizations. I also co-founded and am partner in Charter Oak Research, which has provided marketing, research, executive search, strategic planning, and consulting services to over 50 clients, including Christian and private schools, colleges, and seminaries in addition to several other business organizations. I hold both Bachelors and Masters degrees in Business Administration from Eastern University. My wife Carolyn graduated from Eastern University and spent 11 years coaching the women’s lacrosse team there, prior to stepping away to raise our three children.

How and why I became a MAI missionary

I started playing soccer at the age of 5 and had the privilege of being coached by my dad until going off to college. The foundation of teaching I received had a significant impact on my life. During my college years I came to know Christ as my Savior through the environment of my college soccer team. I went on to coach at both the HS and Collegiate level which further prepared me for a role that I did not know would be in my future. When the opportunity came up to be a part of the ministry of MAI, who’s mission is to glorify God and see lives transformed by sharing the message of Jesus Christ through the global environment of soccer, it was a natural fit.  The mission of MAI is what drew Carolyn in too, because she saw first hand the impact that sports can have on the lives of players through the environment of a team. Carolyn has the privilege of serving in Staff Care in the Charlotte office. 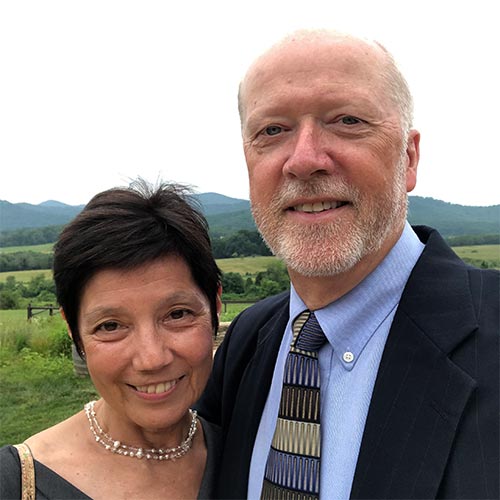 I am married to Lola and we have two sons. Lola is a professional Christian Counselor. Mitch serves with MAI as the Director of International Tours. Luke and his wife, Margaret, and their sons, Cliff and Kai live in Marion, IN where he is head coach of the Indiana Wesleyan University Men’s Soccer Team.

I coached at Wesleyan Christian Academy in High Point, NC through the ’80s and ’90s and  loved using the environment of the sport to mold and impact young men for Christ. My WCA teams won nine State Championships and were nationally ranked several times by the United Soccer Coaches. I was awarded NC High School Coach of the Year three times, United Soccer coaches Southeast COY twice and United Soccer Coaches National Private High School COY once. I am a member of the NC Field of Honor with the NC High School Soccer Coaches Association and a member of the North Carolina Soccer Hall of Fame. I also served as the Middle School Principal my last ten years at WCA.

When MAI opened the office in Charlotte in the early ’90s I connected immediately. While at WCA I would coach teams on Charlotte Eagle International Youth Tours to Europe and traveled with the Men’s pro team to Jordan, Israel and Gaza. In 2003 I joined the MAI Board of Directors and served five years before the board challenged me to come on staff full-time. The Lord confirmed that call and Lola and I moved to Charlotte in 2008 to take on the role of US Director.

In addition to my state-side responsibilities, David serves sports ministry initiatives Mitch and I started in Kenya in 2006. We travel annually to train new coaches and develop existing ones. There are now an estimated 800 teams using the game to express the Gospel of Jesus to their youth and surrounding communities. I also travels to Central and South America as well as Africa and Europe to help MAI train leaders and coaches.

How & why did you become a MAI Missionary

My joining MAI as full-time staff was a long process. By connecting with the Charlotte Eagles leadership, coaches and players to help impact my players at Wesleyan Academy I formed strong relational bonds. I then began helping take International Youth Tours. The next step was serving the ministry through the Board of Directors. Finally, the Lord called us to move to Charlotte and I have been in my ‘sweet spot’ in ministry here with MAI.

I love the community I serve with at MAI and enjoy a great partnership with an incredible financial and prayer support team made up of dozens of individuals and families that make it possible for me to serve with MAI. 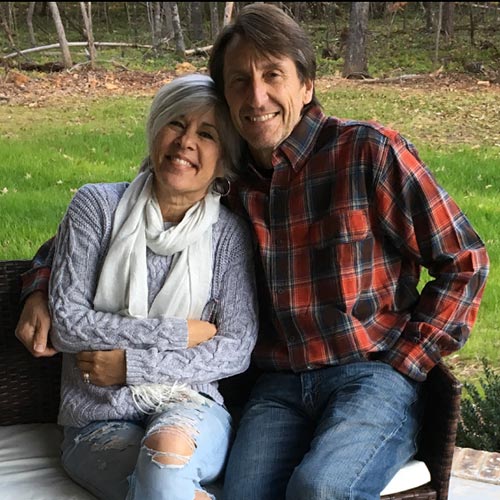 The Lord clearly led Lori & I into service with Missionary Athletes International early in our marriage. We joined staff in Charlotte in 1992, after leading MAI’s first women’s international tour to England. Since that time He has allowed us to join in His work around the globe and also locally through various roles within teams, international tours and summer camps. My current role (Graham) is serving as MAI International Training Director. I am privileged to take part in training leaders around the world, and equipping coaches to effectively and strategically reach their communities and villages with the Gospel. The aim of these trainings is to train, equip and empower leaders for an ongoing work in transforming the lives of others through Christ. Both Lori and I are humbled and privileged to take part in what God is doing here and internationally for HIs purpose and glory. All believers are “missionaries” wherever they are planted, and we believe the Lord has called and planted us with MAI and we are so thankful and blessed to partner with you in His Kingdom work. We are deeply grateful for your prayers, support and encouragement for our whole family these many years! ~ Graham, Lori (Matthew & Kelsey) 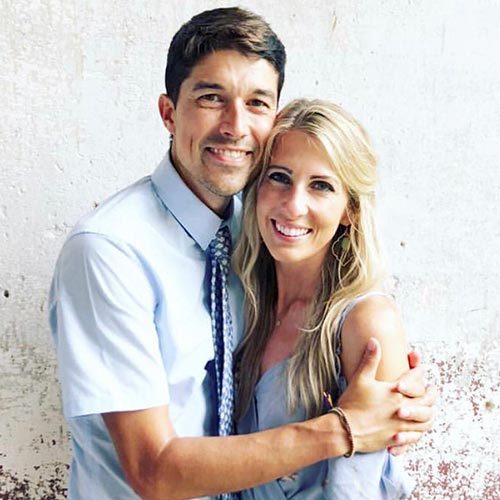 My initial experience with MAI was on a Charlotte Eagles youth tour to Sweden and Denmark in the summer of 1997. I followed that up with another Sweden-Denmark tour in 1999 and a tour to Holland in 2000.

I then joined MAI after college as an intern to help run a short-term trip to Holland in 2005 and have been involved with the Charlotte office ever since. I officially joined staff in 2007.

My desire to become engaged in full-time sports ministry was the result of the impact that my tour leaders and coaches had on me as a high school and college player. I hope that I am able to have the same influence on young people today, encouraging them to invest their talents into the advancement of God’s Kingdom. 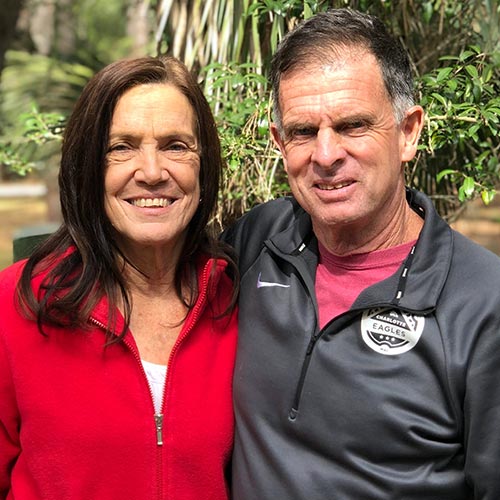 My parents were missionaries in Bolivia and Chile.  At the age of 15, I moved back to the States to continue my education.   Robin grew up in the Peruvian Amazon Basin as an MK. We both accepted the LORD as our personal Savior as children. We met at Ben Lippen School in Asheville, NC. I attended Wheaton College and Robin received her RN degree at West Suburban School of Nursing. Tied the knot in 1976.

We have lived and worked (Paul as a Spanish teacher and Coach-Robin as a Nurse) in Chicago, Tanzania and St. Petersburg, FL and have been blessed with three children: Erin, Dawn and Matt; 3 wonderful in-laws; and 6 grandchildren.

Growing up as missionary children, we were very familiar with mission life.”Although both of our experiences were positive as MKs, we did not feel GOD’s calling us into full time missions until we were in our 40s.  Paul took his high school soccer teams on missions trips 4 different summers. In 1997 we traveled with the team where Robin grew up the Peruvian Jungle.  After that we answered GOD’s call and joined Missionary Athletes International in 2000. Over the last 19 years we have learned that GOD is always faithful in the good times and not so good times. He has faithfully provided His love, encouragement, grace, mercy and financial support through our awesome support team. Thank you from the bottom of our hearts!!!! 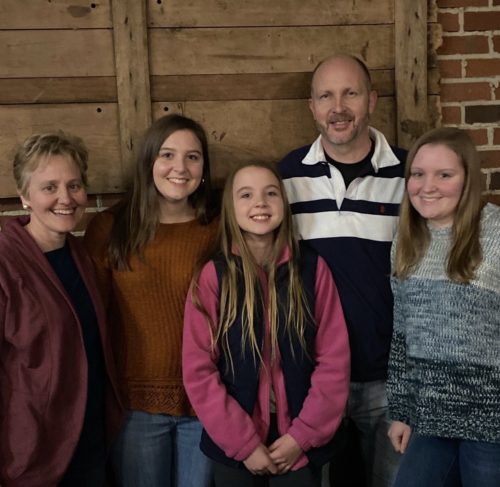 Position: Director of Finance and Administration 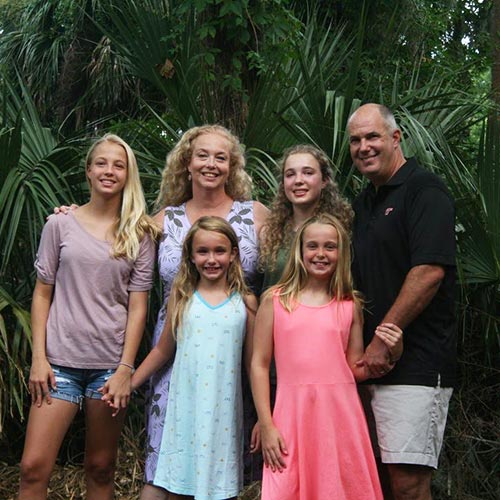 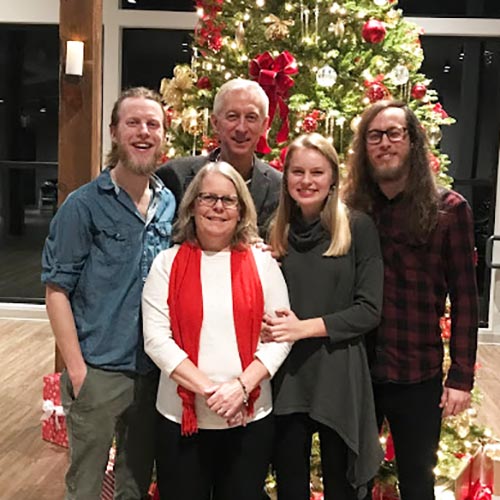