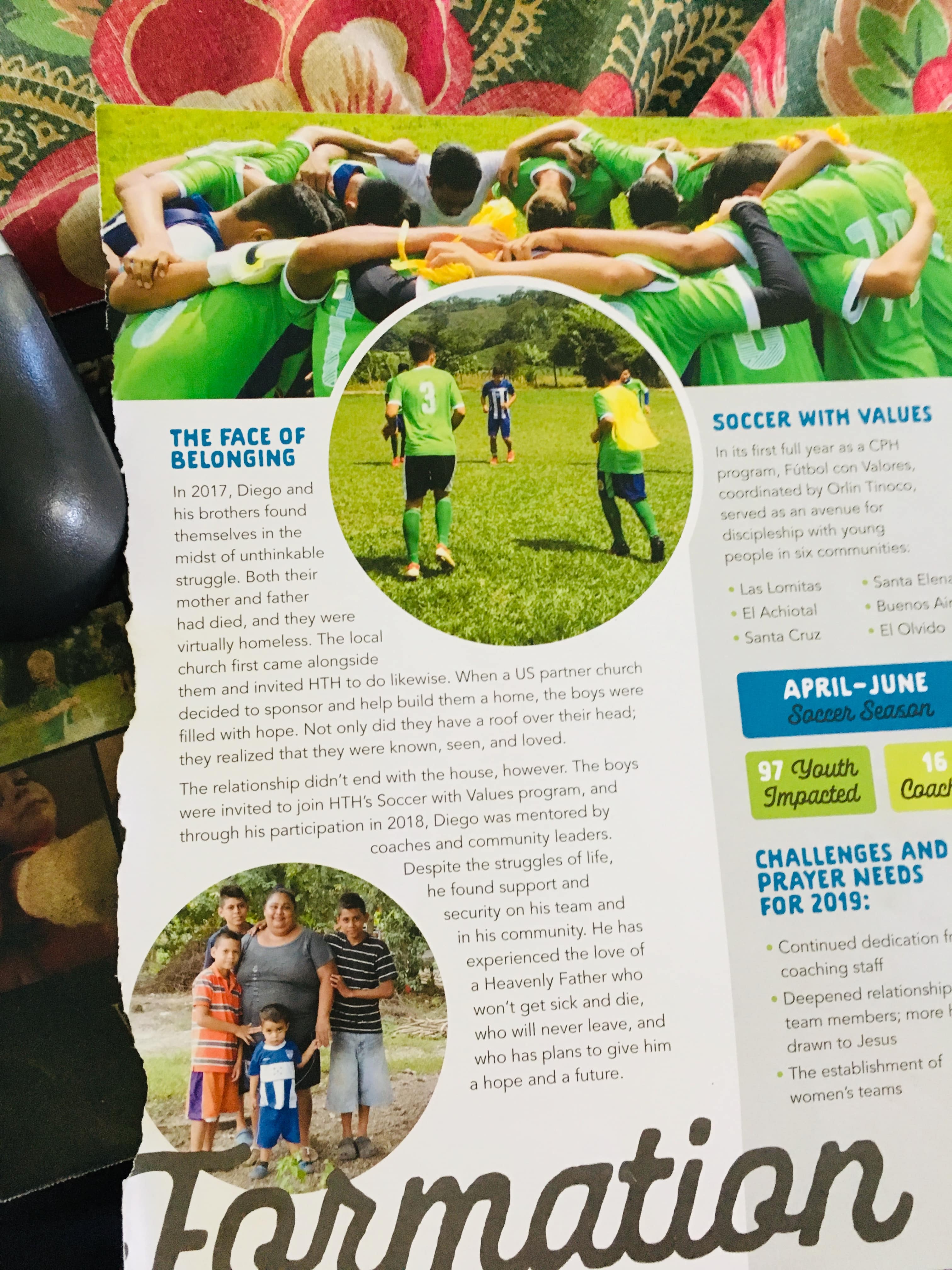 In 2015, MAI and HTH consolidated a strong partnership. MAI leaders cast the vision with them of how God is using soccer to transform lives, families and communities. They were challenged: with proper training and prayer they too could see God work through soccer in their country. As a result of following God’s Call, the ministry Soccer with Values began; God began changing young players’ hearts!!!

HTH, in their magazine The Face of Empowerment, shared this story: “In 2107, Diego and his brothers found themselves in the midst of unthinkable struggle. Both their mother and father had died and they were virtually homeless. The local church came alongside them and invited HTH to do so likewise….a US partner church decided to sponsor and build them a home….The relationship didn’t end with the house, however. The boys were invited to join HTH’s Soccer with Values program, and through his participation in 2019, Diego was mentored by coaches and community leaders. Despite the struggles of life, he found support and security on his team and his community. He has experienced the love of the Heavenly Father who won’t get sick and die, who will never leave, and who has plans to give him a future and a hope.”